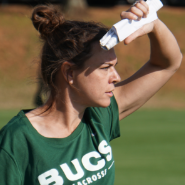 Kristy Boyles began her lacrosse career at Skaneateles High School in Syracuse, NY. After receiving three varsity letters, first team all-region, and defensive and female athlete MVP awards across soccer and lacrosse, Kristy began her college career as a member of the DI varsity team at the University of Richmond. Kristy received an athletic scholarship from U of R and graduated in 2005 with academic honors and a BS in Biology and Business Administration. Kristy has coached at Charlotte Country Day since 2007, coaching MS in the '07 and '08 seasons before joining the varsity coaching staff in '09 and becoming Head Coach in 2012. Over the past eight seasons, CCDS has compiled a record of 118-49, winning the NCISAA State Title in 2010, 2011, 2013, 2014, 2015, 2016, 2017, and 2018. In 2017, Kristy was honored by Country Day with the Carl Bolick Coaches Award honoring character, sportsmanship, and service. Kristy additionally served as the NC chair for the US Lacrosse National Tournament from 2009-2017, serves on the Western NC USL Board, and is the Girls Co-Director for the Nation United Lacrosse Program. Kristy has been coaching with the Stars since the Summer of 2007 and co-founded Little Sticks Lacrosse in 2015. 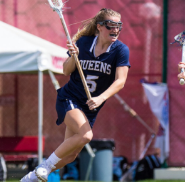 Rachel Perrett graduated from Queens University of Charlotte in May of 2021. She was one of the Royal's top attackers and a Queen City Stars alum! Rachel is from South Carolina where she was named the SC High School League Girls Lacrosse Upstate Player of the Year. Throughout her high school career, Rachel earned multiple All-State and All-Region First and Second team honors. Throughout her collegiate career at DII Queens, she has received SAC Player of the Week, Second Team All-Conference, NCAA Championship All-Tournament Team, DII All-American, Conference Tournament Team, All-Region, and NCAA Tournament Team awards. Rachel started coaching with QCS/Ultimate CLT in the summer of 2018. She currently teaches 5th grade at Cotswold Elementary School. 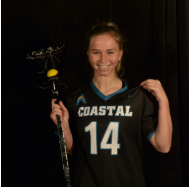 Carter Williams is from Charlotte, North Carolina where she lettered in cheerleading and lacrosse at Charlotte Country Day School. In her high school career, she tallied 156 points and was a three-time all conference member and state champion. From there, she took her lacrosse career to Coastal Carolina University. During her three years there, she tallied two goals, earned President's list 6/6 semesters, and a spot on the 2019-2020 ASUN Academic Honor Roll. She was also awarded the President's Award for attaining the highest cumulative grade point average in the class of 2020. Carter graduated Summa Cum Laude with a degree in Communication and a minor in Sports Coaching in May of 2020. She received her Master's in Communication from the University of North Carolina at Charlotte in May of 2022. Carter now works in the medical sales industry and is the head junior varsity coach at Charlotte Country Day School. Fall 2020 was Carter's first season with QCS/Ultimate CLT; she has been working with Little Sticks for the past three years. 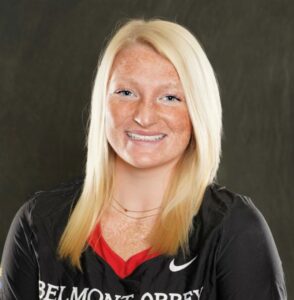 Emma Pherson is from Pittsburgh, PA and attended North Catholic High School where she lettered in lacrosse. Throughout her high school career, she received awards such as Academic All-America and WPIAL All-Conference. She is currently a junior at Belmont Abbey College where she is majoring in Business Management and minoring in both Information Systems and Computer Science. She has received All-Conference First Team and Defensive Player of the Week for Conference Carolinas. Pherson has been on the President's List throughout her time at Belmont Abbey. 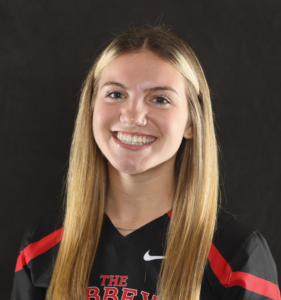 Christina Fabrizio is from Alpharetta, GA where she attended and graduated from Centennial High School in 2019 and played club lacrosse for Atlanta Storm. During her time at Centennial, she lettered in lacrosse and received accolades such as two-time All-State and two-time Academic All-American. She is currently a senior at Belmont Abbey College where she is majoring in Sport Management and minoring in both Business Management as well as Criminal Justice. During her time at Belmont Abbey, she has been on the Conference Carolinas Presidential Honor Roll, and she received the Iron Crusader Award in 2021. She has been on either the President's List or the Dean's List since she began college. 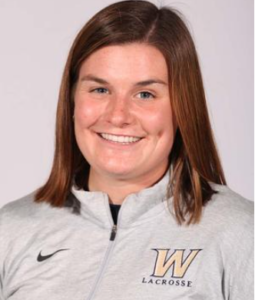 Delaney Schappert enjoyed a standout playing career in high school and college. She played high school lacrosse at Eastport South Manor on Long Island, NY. From there, she took her lacrosse career to Bloomsburg University. During her time at Bloomsburg, Schappert was a four-year starter for the women's lacrosse program. She registered over 100 ground balls and 74 caused turnovers before her season was cut short due to Covid-19. Schappert became team captain her junior year, helping her team lead the nation in caused turnovers. She graduated with a bachelor's degree in Communication Studies in May of 2020 from Bloomsburg. She earned her Master's of Arts in Sport Management at Wingate this past May. The past two summers, Schappert has worked as a coach with Lax on Elite, a club team on Long Island, NY. 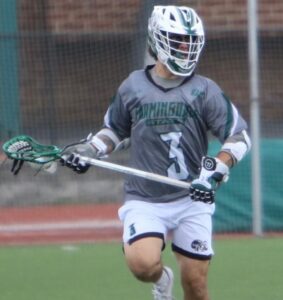 Tyler Barnes is from Selden, NY where he attended and graduated from Newfield High School in 2018. He played high school lacrosse in Suffolk County for Middle Country where he lettered in both Lacrosse and indoor winter Track and Field. Barnes also spent 2 years during his tenure at Newfield coaching the youth Middle Country Boys lacrosse team for the Police Athletic League. While attending high school, Barnes played for Empire Lacrosse, a highly competitive travel lacrosse program based out of Mount Sinai, NY. From there, Barnes took his lacrosse career to Farmingdale State College. Barnes played at Farmingdale for 4 years, playing defensive midfielder all 4 years. Although Barnes’ sophomore season was cut short due to Covid-19, he still managed to break the school record in 2020 for Man Down goals in a single season. Barnes moved to Charlotte this past summer to further his lacrosse and coaching career. He is currently a member of the coaching staff of Team 91 Charlotte, a premier travel lacrosse program in the Charlotte area. Barnes is pursuing a career in education and plans on pursuing a coaching career within the schools. 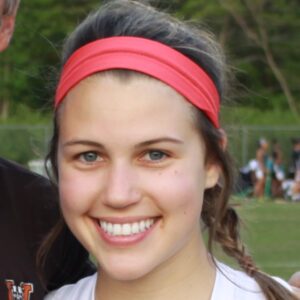 Margo Hannan is originally from Fallston, Maryland and started playing lacrosse when she was 11. She began the Macon Storm Club Lacrosse program in the fall of 2013. She then started the varsity lacrosse program at Stratford Academy in Macon, Georgia where she was a team captain for 4 years and the all-time leading scorer for the Eagles. In 2018, she was the Associate Head Coach for the Stratford varsity team and was the office manager for the Mercer Men's Lacrosse team from 2018-2020. Hannan is currently the Director of Operations for Prospects Lacrosse. Margo recently graduated from the University of North Carolina at Charlotte with her B.S. in Health Systems Management and Public Health. Margo also currently works for Parks and Rec.